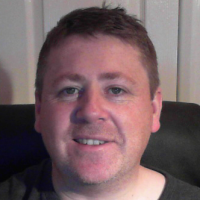 It’s The Middle Of March Already!

It seems a little odd that I’ve not really updated any posts since the Christmas time one. The truth is, I’ve been a combination of busy and lazy.

I’ve been busy through the day time with work then looking after little Mr and not so little Miss. Then I’ve been lazy, in that I wanted to rest, during the evening. I’ve been reading my writing muscle and am now ready to try flexing it again.

The be honest, a lot has happened during the time I’ve not written. Quite a bit I can’t remember.

For a start, there was home schooling since the Christmas and New Year break. Not so much for little Mr as he is on a discovery curriculum which means the work we have done with him has more been learn through play still.

Not so little Miss though went up to secondary school last year - so this lock down was more sitting at her desk for the day, doing live lessons and assignments. We were monitor and teacher, along side me working from home also.

More recently, myself and my wife had our first vaccine jab. That was fun. Well, the jab was fine and perfectly painless - it was the side effects the day after...

There have also been less significant things such as my purchase of a better lens for my camera which I hope to get out with once all this lockdown restriction stuff is done. I’m looking forward to seeing if we can get out to Portland this year.

We also cancelled an April break to the Isle Of Wight. We had originally booked for last April, then moved to this one. We didn’t want to move it to next years April as just going on and on. So, also hoping we can book a short get away later this year.

The most recent thing we have done is go through the ECHP for little Mr. This year was certainly different as involved calls with teach to talk through targets and a Teams Meeting to do the actual ECHP. I’m not sure if better or worse. We got more time talking through targets but on the teams call it seemed to rush through. Definitely different.

As I say, lot going on. Sure everyone reading this can say the same.

The current though now is post lockdown. As schools have now been open for a few weeks and plans been told about the opening of shops and other ventures. The thought of getting out and about is digesting in our minds.

Add to that the fact that the company I work for is now introducing work from the office in rotations starting April. It is going to be 1 week in office, 3 at home. I’m both looking forward to it, but at the same time having been working out of home (well working bug also out of work around this time last year) for a year - it’s also an alien thought - actually going into work.

Again, I know many of you are thinking - I’ve been working in the <enter place of work here> for most of the year - but not me.

So it is going to be another adjustment. Especially seeing I decked out my home office with a UltraWide Monitor, 4K webcam and custom keyboard for less stress on fingers. Though all of that stuff will still be used in my writing (even if I am doing this from my iPad at the moment).

There is me since the last post. I’ve not going into the nitty gritty of things such as going out for walks for exercise, little Mr’s 3 time a week evening drives, all the work we have started to do in the garden and all that.

To be honest, these last 3 months have gone quick and I do think to myself - what did I actually do. Again, I believe many of you are thinking the same.

I just wanted to share a post t show I am still here. I’m also hoping to continue revamping this site this year - I started to rebuild it using Oxygen Builder. So more on that to come.

This site uses Akismet to reduce spam. Learn how your comment data is processed.